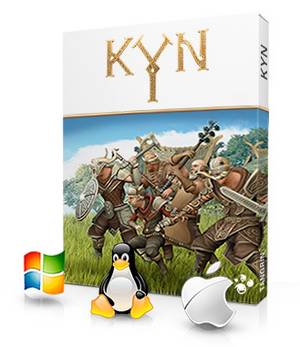 Kyn is a single-player role playing (RPG) strategy game developed by Tangrin Entertainment and published by Versus Evil. It was released on 28 July 2015 for Windows, Mac, and Linux. In a world where Viking mythology collides with magic, Kyn combines party based combat with exploration and progression.

In the world of Kyn, magic is a widely feared power that has lead to many tragedies in the past. Only the brightest and most skilled warriors are allowed to use it.

Rumors of terrible abuse of magic are becoming more frequent. And there are signs that the peace in your realm will not last much longer.